If you are an active member of the Red community, you will have likely been keeping track of Red’s progress through our Gitter rooms and Github repositories, but we wanted to officially bring everyone up to speed with a shiny new blog post. The team has been busy since January on many fronts, multiplexing its efforts on many different branches of development. Here is an overview of what we have been cooking and what is coming.

We are preparing to release v0.4.0 of the RED Wallet which will feature:


The new wallet is currently under heavy testing, we plan to release it publicly in about a week.

The first public alpha of the C3/System compiler is coming this summer. It is still under heavy development though. C3/High has made little progress as it needs real-world use-cases from the smart contract ecosystem for modelling the DSL(s). That ecosystem has not spread around much, probably due to the so-called “crypto-winter”. As new big players are now entering the space, we are looking forward to the possibilities for providing new backends for the C3/System, like for the Libra network.

We will be soon releasing our ETH connector for Red. The final part missing is the integration of hardware and software key support for signing transactions on real online networks (we use private networks during development). The code for hardware key support is already there in our wallet, so we just need to integrate it inside the connector. For software keys, we have developed specific support for them, but it relies on third-party libraries, which are currently not a good match for our single binary distribution model.

Red should offer soon a pretty good GUI backend for Linux, thanks to the community effort led by R cqls. The last PR for red/GTK branch weighs in at about 400 commits and covers most of View features.

The main remaining features to cover are:


Here are some examples of scripts and apps using the GTK backend: 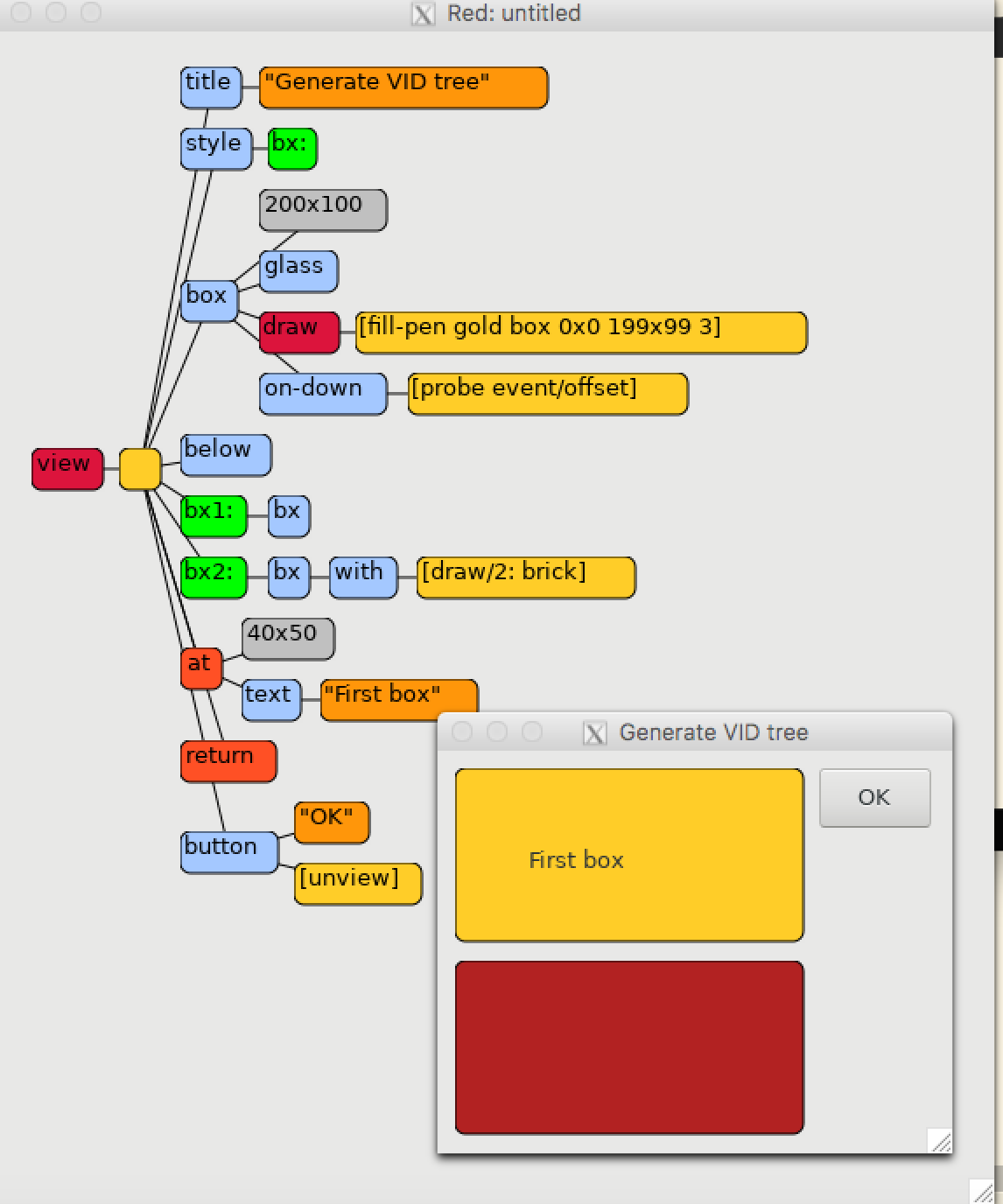 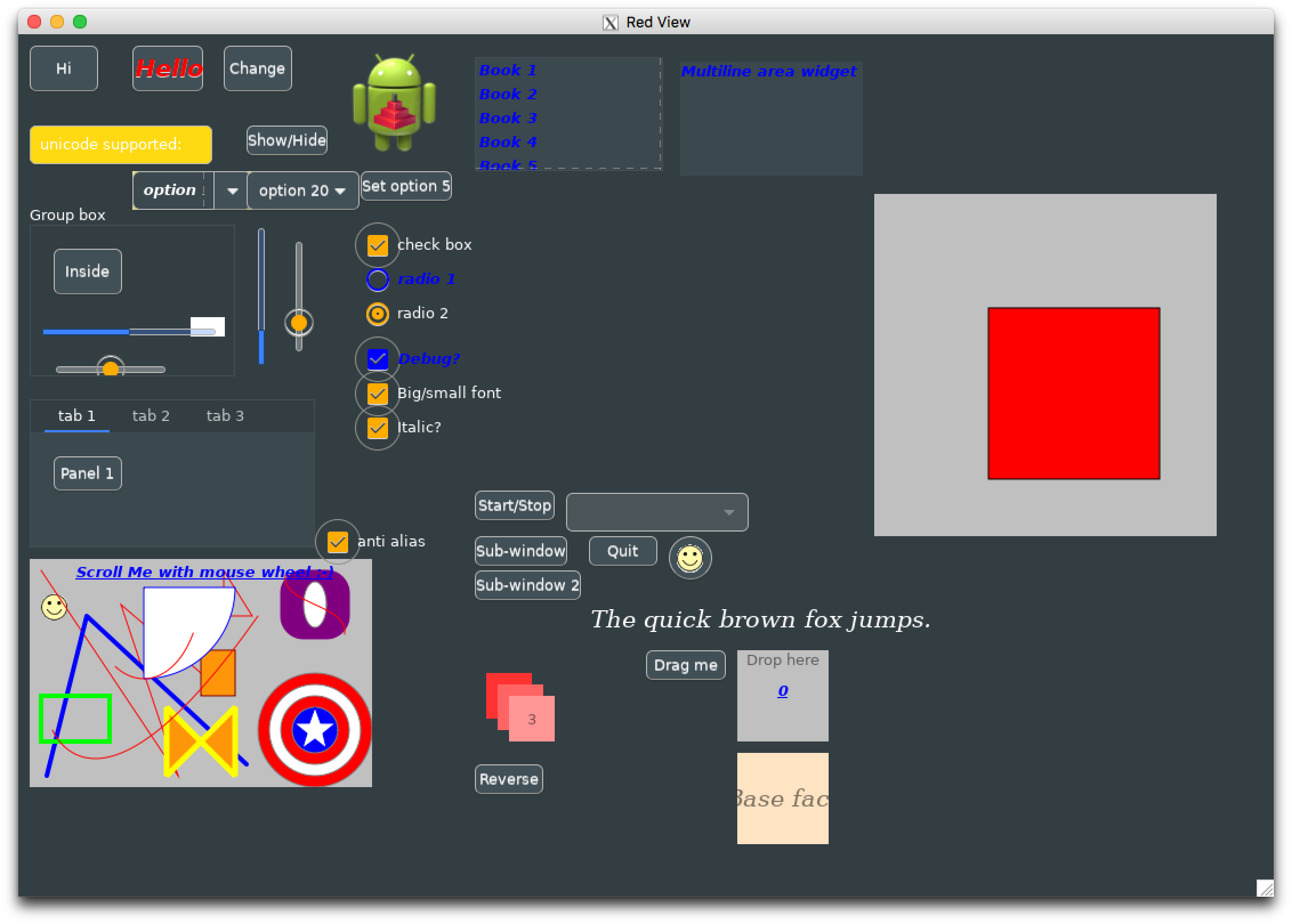 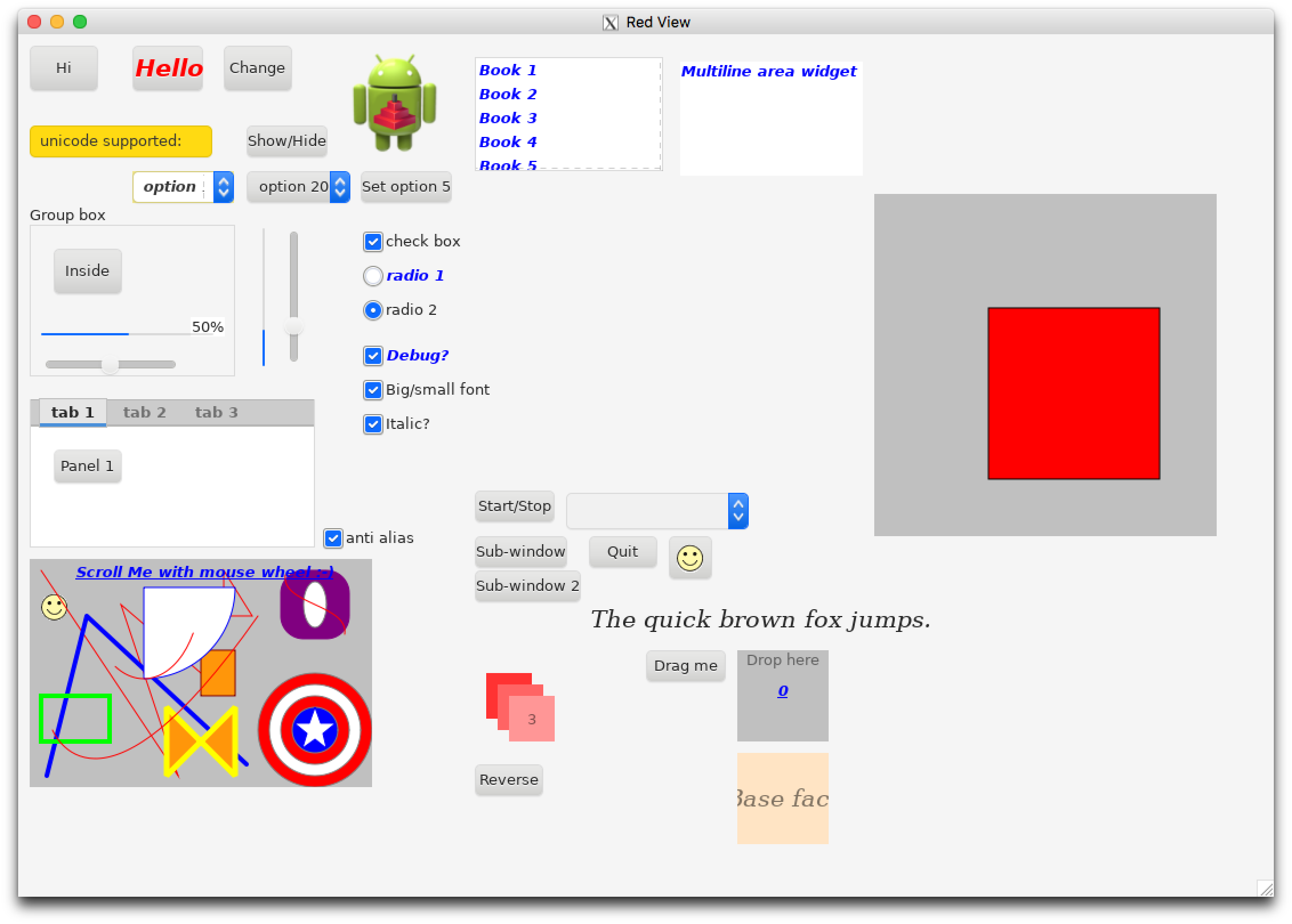 The ARM backend got many improvements:

A few low-level features were added, that would make it easier to write device drivers or operating systems directly in Red/System:

The Red plugin for VSCode got a major refresh with a full reimplementation using LSP model improving the efficiency of existing features and adding some new ones:

JSON format is now supported by Red’s codec system. So it can be used in load/as and save/as to convert JSON data back and forth to Red values. More info about its usage in the Red 0.6.5 release notes.

Some simple shadow effects in Draw have been implemented. They have the capabilities of the box-shadow model of CSS. 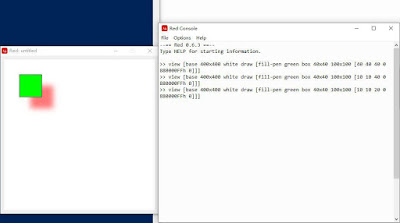 Red has supported Raspberry Pi as a compilation target for many years, but we were still lacking a proper GPIO library, which is now under development. It will be implemented as a gpio:// port for now in the port-type branch. A dedicated library or dialect should be added also as a higher abstraction layer in order to simplify GPIO programming even further. Hobbyists and seasoned programmers will be able soon to build IoT projects on RPi easily using Red with GTK for the GUI support.

0.6.5: Splitting the console and compiler

This is an important change that will be the new way to use Red and, hopefully, provide an even better experience, especially for newcomers. Not much coding is involved but we still need a prototype before giving the final go-ahead then proceeding with the code and infrastructure changes. We plan to finish those tasks during this summer (no precise ETA for now).

Work started on this release many months ago but with a low-priority, as we have many other features to release first. The current state on the main features is:

We are setting up the last steps for the RED tokens retro-distribution (past contributions) and the first monthly distribution for new contributors. We will publish the first article in July that will provide all the rules that we have established for that process. Then shortly after, we will publish the list of the contributors who were selected according to those rules, with the reward amounts and proceed with the distribution (using the batch transactions feature of the RED Wallet).

For example, as part of our tokens rewarding program for contributors, R cqls should receive a good amount of them in the next distribution,

The most notable next planned milestones are:

We plan to give more information about each of those big new additions to the Red family this summer.

As several development tracks are coming to fruition in the next couple of months, new articles should come up more frequently.